Ronnie Earl and The Broadcasters 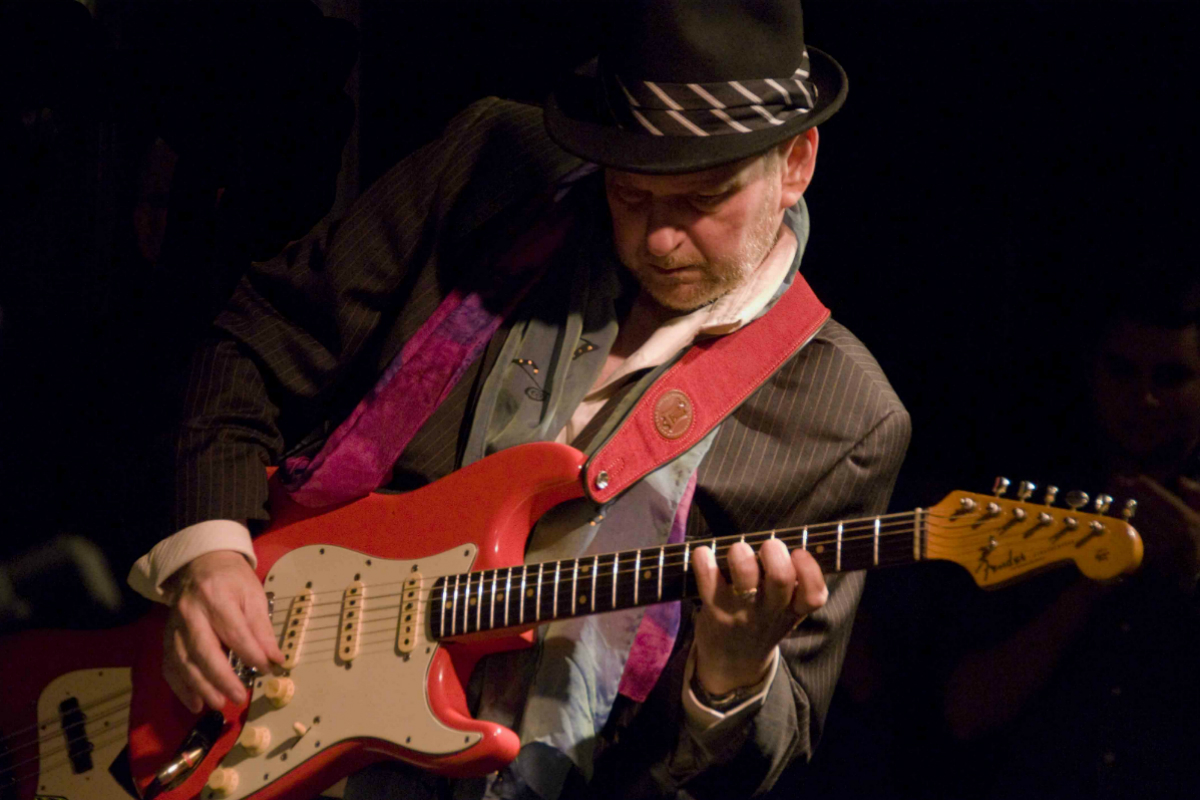 Legendary Blues guitarist RONNIE EARL is a four-time Blues Music Award winner as Guitar Player of the Year (1997, 1999, 2014, 2018) most recently receiving the award on May 10, 2018 in Memphis. He has served as an Associate Professor of Guitar at Berklee College of Music and has taught at the National Guitar summer workshop in Connecticut. Known for his clean clear tone Ronnie has been called more than once “The John Coltrane of the guitar.” (Jim Hynes, Elmore Magazine)

In 1995 Ronnie released Ronnie Earl: Blues Guitar with Soul, an instructional VHS tape that was then rereleased in DVD format in 2005. Earl’s discography includes acclaimed albums on Stony Plain Records, Black Top, Bullseye Blues, Verve, and Telarc. His 1996 Bullseye Blues release, Grateful Heart: Blues and Ballads, won Downbeat Magazine’s Blues Album of the Year, and in 2004 Earl’s Hey José won the Best Blues/R&B Song at the 3rd Annual Independent Music Awards. In 2014, Ronnie Earl and the Broadcasters celebrated 26 years as a band. The last six releases by Ronnie Earl and the Broadcasters, Spread the Love (2010), Just for Today (2013), and Good News (2014), Father’s Day (2015), Maxwell Street (2016), and The Luckiest Man (2017) all debuted on the top ten Billboard Blues charts and received wide critical acclaim.

Ronnie Earl has played alongside such legends as Hubert Sumlin, Earl King, Muddy Waters, Junior Wells, Big Mama Thornton, Etta James, Koko Taylor, Leonard Bernstein, Kim Wilson and the Fabulous Thunderbirds, Jimmie Vaughan, Stevie Ray Vaughan, Carlos Santana, Eric Clapton, The Allman Brothers Band and many others, including, B.B. King, who said about Ronnie, “I feel the respect and affection for him that a father feels for his son. He is one of the most serious blues guitarists you can find today. He makes me proud.”