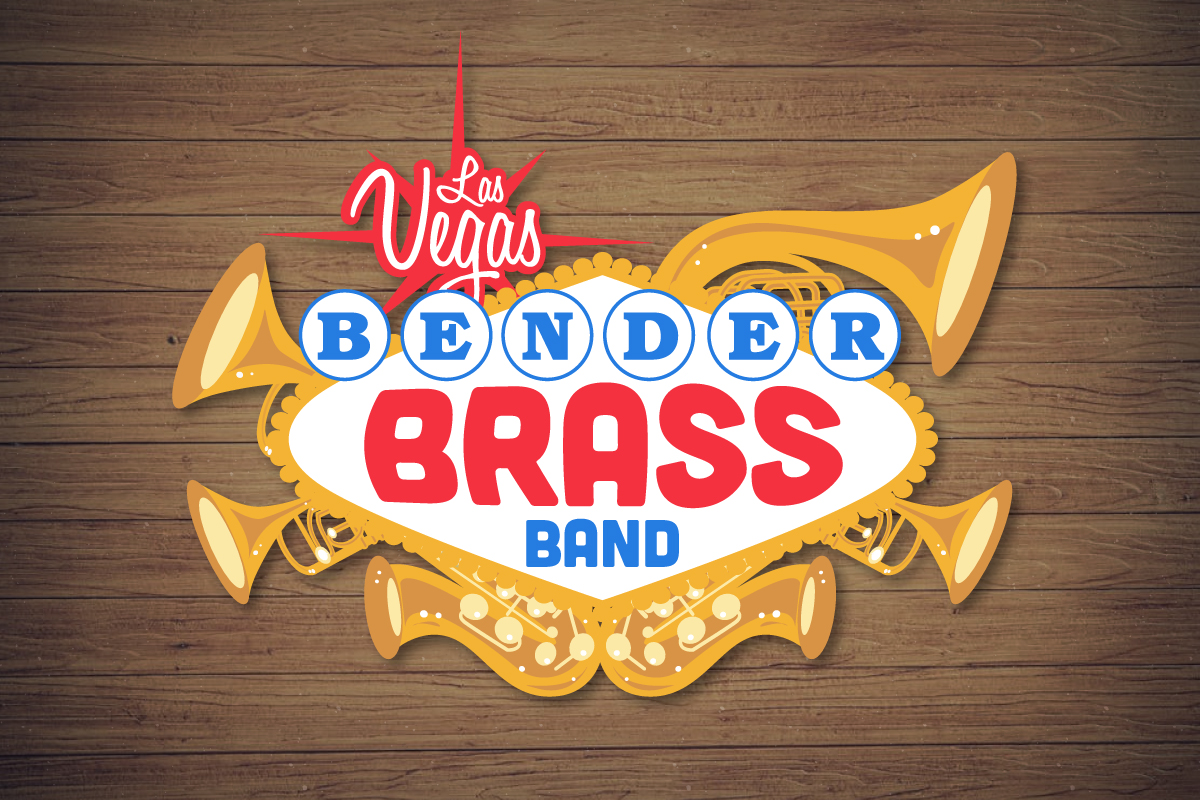 Bender Brass Band -
Jimmy Carpenter is enjoying a great year, as live music begins to return. The saxophonist, singer-songwriter, and arranger has just won the 2021 Blues Music Award for Best Instrumentalist/Horn (after 6 nominations). And he can now add Grammy-Winning Artist to his long resumé, for a composition he contributed to the New Orleans Nightcrawlers’ winning album, Atmosphere. As a sideman to some of the very best in the business, Jimmy has toured internationally with Tinsley Ellis, Jimmy Thackery, Walter Wolfman Washington, Eric Lindell, and most recently, Mike Zito and the Wheel. But now, after nearly 40 years in the business, he has reinvented himself as the Soul Doctor: frontman, bandleader, singer, and sax player. Soul Doctor is the title track of his latest album on Gulf Coast Records, which is getting a ton of airplay worldwide, along with truly stellar reviews. He is also Musical Director of The Big Blues Bender in Las Vegas. His touring band now features guitar hero Chris Tofield, who contributed mightily to the Soul Doctor recording.

“He's always been one of the premier sax players around. But Jimmy is also a stellar songwriter and singer. His voice is at its best on ‘Soul Doctor’, Jimmy's best record to date.”
Mike Zito

At the forefront, is Carpenter, playing his saxophone and singing like a legend from an era gone by….. The Soul Doctor has got the cure for your musical maladies.
The Real Music Observer for Rock and Blues Reviews

“…a vocal performance of timeless beauty, confirming Carpenter as one of the most complete and versatile artists of the Blues, Soul and Blues/Rock contemporary music scene
Gio Pilato, Bluebird Reviews

Doug Woolverton - Since the tender age of 7, Doug Woolverton has been cultivating his smooth, soulful, yet energetic trumpet sound for audiences around the world becoming one of the most in-demand, versatile trumpeters of his generation. Alumni of the spectacular Blues outfit Roomful of Blues, Doug is a Turn It Up trumpeter that blends a musical cocktail that is stout and refreshing. A master of many genres, he embodies the prolific style of Miles Davis with his own personal tone to deliver a richness as flavorful as Memphis fried chicken and New Orleans Gumbo. Doug Woolverton is a welcome addition to any ensemble and is a huge part of the Bender Brass.

Mark Earley - Rhode Island Music Hall of Fame inductee, 2 -time Grammy-nominated and 6 -time W.C. Handy Award-winning saxophonist Mark Earley’s lifelong musical journey has brought him across the globe from NYC’s Lincoln Center to The San Francisco Blues Festival, The Moscow International Performing Arts Centre to The Zouk Mikael International Festival in Beirut, Lebanon, The King Biscuit Blues Festival to The Le Méridien Etoile's Jazz Club as part of the JBL Jazz Festival in Paris. Over the years, he has collaborated with scores of talented musicians, both on stage and in the recording studio. Jay McShann, Duke Robillard, Albert Collins, Louis Bellson, Joe Williams, James Cotton, Billy Boy Arnold, Billy Price, Otis Clay, Mike Ledbetter, Gerald Levert, Taj Mahal, Kim Wilson’s Blues Review, The Fabulous Thunderbirds, Roomful of Blues, Victor Wainwright, The Temptations, The Coasters, Joey McIntyre, Bobby Brown, Omar Hakim, Darius Brubeck, Wayne Newton, and Red Skelton. These are but a handful of world-renowned artists that have recognized his extraordinary talent. It is with this experience that has brought Mark to know-how sharing the spiritual magic of music to audiences across the world is a true blessing.

Red Young - This World Class Musician, Performer, Writer & Arranger has mastered the 88's and has lit up stages and studios with the likes of Dolly Parton. Eric Burton, Kirk Fletcher, Janiva Magness, and many others. Red has worked on TV shows such as Everybody Loves Raymond, Buffy the Vampire Slayer, and The Osborne's plus movies In the Line of Fire, and Indecent Proposal. Not to mention he has strolled the stage on Live performances from Austin City Limits. More than comfortable behind a piano, Red Young is set to have a musical conversation with the artists around him whether the tone is Tupelo, Mississippi swampy and humid, Memphis raw-edged, or Chicago South Side strong. You'll see Red Young at his best on the stages of the Bender, and you'll be long gone in his craft on the ebony & ivory keys.

Alastair Greene - The sizzling mojo that Alastair Greene brings to the stage is a shameless talent that was hard-earned working the bars, clubs, festivals, and arenas across the country and around the world. Alastair has been fronting his own Blues Rock trio for 20 years in addition to performing with a who's who of Blues and Rock icons. Genuine creativity, rocking flair, and impeccable vocals are his calling cards. In 2019 Alastair signed with Tab Benoit's Whiskey Bayou Records and will have a new CD released in the summer of 2020. Alastair was lead guitarist and co-lead vocalist of the Alan Parsons Live Project from 2010 - 2017. He has also toured with Starship featuring Mickey Thomas, Blues legends Debbie Davies, Mitch Kashmar, and most recently as a member of powerhouse vocalist and Blues Music Award winner Sugaray Rayford’s band from 2018 - 2019.

Originally from Philadelphia, PA, Mike was influenced and guided by his father, legendary jazz bassist and composer Jymie Merritt (of Art Blakey and the Jazz Messengers).

Mike has recorded one album as a co-leader with vocalist sibling Mharlyn Merritt, Alone Together, and has collaborated on original recording projects including The Coalition with Scott Healy, Glenn Alexander, and Shawn Pelton; Rock Candy Funk Party with Tal Bergman, Joe Bonamassa, Renato Neto, and Ron DeJesus and The Love Trio with Paul Tillotson and James Wormworth. He’s also played at the Las Vegas Big Blues Bender as a member of the 2021 Bender Brass Band.

Other activities include being on the NARAS Board of Governors, NY Chapter 2002-2003, as well as membership in RMALA, SAG-AFTRA, and The Blues Foundation. Mike was recently appointed to the National Recording Preservation Board of the Library of Congress, representing the American Federation of Musicians.

David Kida - I was born in Springfield, Massachusetts in 1960. I grew up in a house filled with music. Both my older brothers played the drums so I had a front-row seat for all their bands practicing. And I knew from an early age that drumming was what I wanted to do. I followed the family tradition and began playing at a pretty early age. I started playing in bands at 13, and was working in clubs by 16. A few bands later and I was playing my first road gigs by 18. I got the chance to play on the island of Montserrat in 1981. And while there had the chance to record at Air Studio. After that, it was the big move to Los Angeles in 1982. I thought it would be easy… Join a band… Get a record deal… Be a Rock Star!!!! BOY WAS I WRONG!!! But I did learn a lot in those years… How to keep playing music while doing whatever day job I could find to keep the dream alive. I played with some great players in those years. Some who I still play with today. Most of all I learned to play a lot of styles of music. And how to play in the recording studio as well. But I always came back to the blues. I had a long-running association with Barry Levenson, I toured with him and played on several records with him in the early ’90s.

In 1998 I was asked to back up singer Janiva Magness at the PEER festival in Belgium. I was playing it with Barry Levenson… and never one to turn down a gig, jumped into the drum chair in her band for that festival. Well, we hit it off… I joined her band. And spent the next seven years touring and playing on 2 of her records too! I also was fortunate to work with Doug Macleod during this time. And I’m still proud to work with him to this day. I’ve done 3 records with him. And I really owe them both huge thanks. It led to the chance to play on some other great recordings as a studio drummer.

I was asked to join Rod Piazza in the fall of 2005. I had always loved the band. I knew of the rich history of incredible musicians in his band. And I feel honored to be a part of the band. I played on the latest record "Thrillville" and look forward to making more records with them in the future. The Band has given me the chance to play in some amazing locations… All over Europe, New Zealand, Australia, and the constant touring of the USA.

It was my dream to play music as a kid. I feel blessed to both tour, and record for a living now. I know not everyone gets to do something they love for a living. And I never forget how lucky I am. I owe a HUGE thanks to my family for all the help along the way. To my Amazing wife Celia for always keeping the faith in me. She’s my sweet angel. And I'd be a lost soul without her!!

And of course… to all the good people who come to see the shows. Without you, I’d be playing in my parents' basement still!! I love playing for you, and thank you for your kind words & encouragement. Thanks for stopping by… SEE YOU ON THE ROAD!!