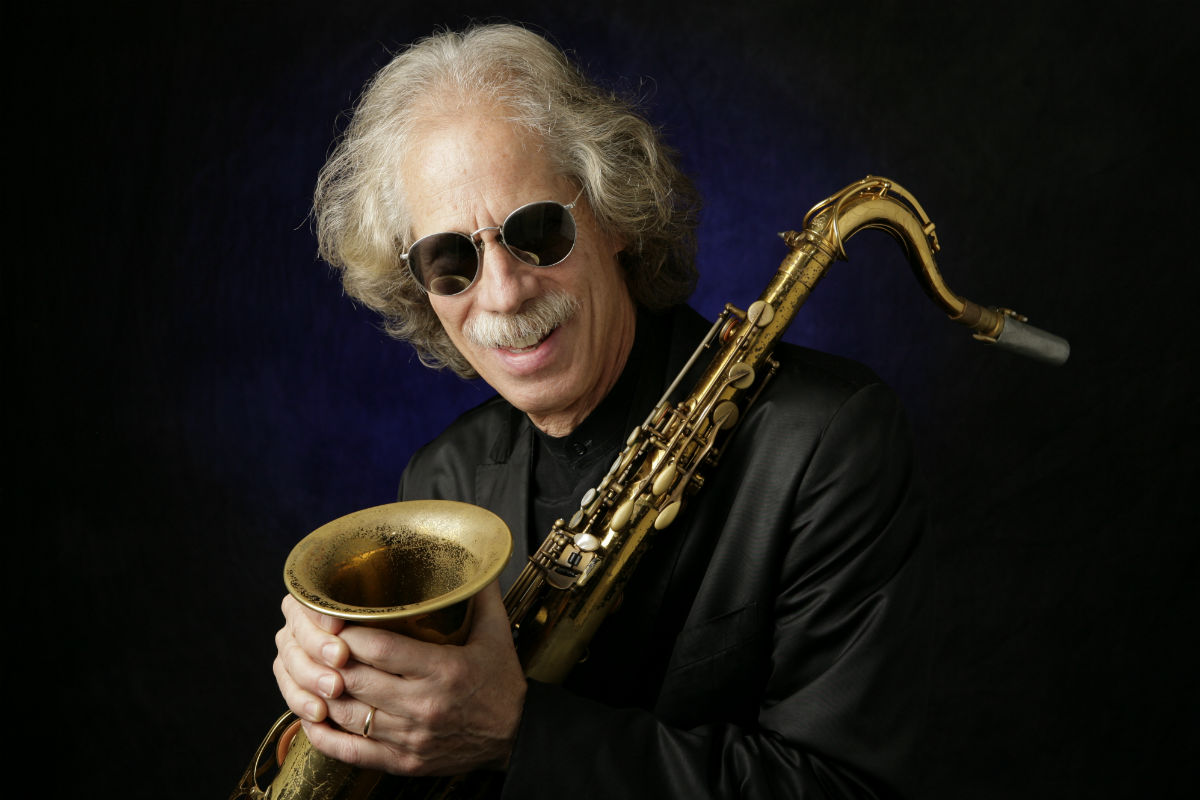 Often referred to as an “unsung jazz hero,” platinum recording artist, Lou Marini, Jr. is the seasoned soul and adept multi-instrumentalist, arranger, composer, educator, and producer credited with inspiring the origins of a fan-following cult across multiple genres of music.

Making a name for himself as a sideman in various high profile groups, any top New York jazz musician will tell you he’s “one of the absolute best jazz musicians.” The New York based Marini is famed for his chameleon-like adaptability to imagine and perform inventive ideas in jazz, rock, blues and classical music. Describing Lou’s performances, the New York Times said, “(he’s) the focal point of the group…(who) gives the band most of its colors and shadings, and provides it with a strongly melodic lead voice.”

Five time Grammy Award winning arranger / composer Bob Belden had this to say about one of the time-honored contributions from Lou Marini, Jr., “This composition and arrangement reflects Lou’s ability to create exciting, new music that embraces rock and the most advanced ideas of jazz music.” The statement helps illustrate Marini’s ability to inspire and traverse multiple music disciplines.

Popular since the early 1970s, Lou Marini, Jr. continues to be one of the most sought-after sidemen and session musicians on the New York scene. Due in part to his incredible skill and talent of the highest calibre, Marini masters many styles and instruments. He is accomplished on soprano, alto, tenor, and baritone saxes, piccolo, flute, alto flute, bass flute and clarinet.

The ever-present influence of Lou Marini, Jr. is all around you. Jingles, television, radio and concerts all reflect the irresistible, innovative sounds of this veteran performer who electrifies audiences internationally. He truly is one of the industry’s most prolific luminaries who demonstrates a tireless commitment to his craft.

Lou Marini, Jr. is best known as a member of several distinguished bands: Woody Herman Orchestra, Doc Severinson, Blood, Sweat and Tears, The Band, Levon Helm & the RCO All-Stars, Dr. John, Frank Zappa, Saturday Night Live (SNL) Band, The Blues Brothers, Maureen McGovern, Lew Soloff Quintet, Blue Beck with Joe Beck, Eric Clapton, Red House, and the Magic City Jazz Orchestra. He has toured four times each with James Taylor’s Band of Legends and the John Tropea Band. A true blue lover of big bands, Lou has had the honor of performing with some of his childhood idols such as Thad Jones-Mel Lewis and the Buddy Rich Band, the latter with whom he also arranged.

Is it any wonder Marini’s arrangements and compositions display influences from the work of his heros? Gil Evans, Bob Brookmeyer, Thad Jones, Don Ellis, along with rock, pop and avant-garde techniques can be heard in his music. His unusual, off-the-wall notions, for example, are featured in his composition “Hip Pickles,” a tune whose title doubles as the abstract name of his publishing company.